USED PHONE MARKET DEVELOPMENT TREND IN 2019: GET AN INSIGHT 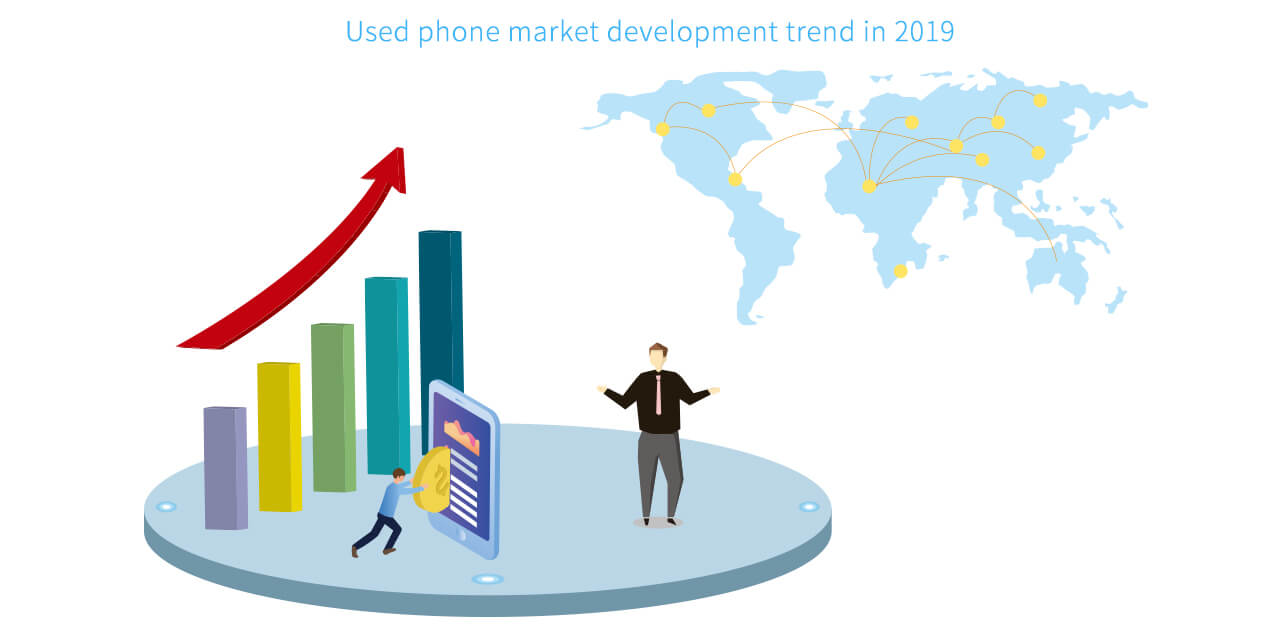 Shifting from the internet accessing on laptops and desktops to Smartphone’s browsing has been swift. A global digit report states worldwide Smartphone users have crossed 5.135 billion.  With the emergence of mobile apps culture, the need for Smartphone’s has augmented.

Used phones, is it really catching the importance

As per the latest research, the global market for used and refurbished smartphones shows a growth of 13% in 2017, in comparison to 3% in 2016. The used smartphones are Smartphone’s pre-owned sold in the market again. Nearly 25% of phones pre-owned are sold wholesale used phone market, and a few get refurbished. This is available in different price points based on a model or variant.

The innovation showed a slowdown in the flagship Smartphones in comparison to the recent mid-range phones features and design. The mid-low-end market is now cannibalized by high-end refurbished phones, especially iPhones from Apple and Samsung Galaxy Smartphones.

Who else is into the used phone market?

The used mobile products in developed countries such as the UK, Italy, Germany, France, and the U.S, have a tech-savvy majority consumer base, they keep looking for high-end and advanced technological equipment.   Nevertheless, due to the short upgrade cycle in mobile phones, these countries customers do not wish to spend on new. Owing to this, the majority population has shifted to look at the used phone marketas they are able to get at a low price their choice of features. This attraction has increased the customer base to this used phone market from developing and developed countries.

The infrastructural development and burgeoning urbanization in developing countries are attracting many mobile manufacturers to these regions. Besides the economic power shift is also bolstering urbanization that there is high demand for used mobile phones from second-hand wholesale customers.

The mid-price brand is a prominent attraction in developing regions, and the advanced functions in relatively low prices have created a stir in the market demand for used phones.

More people are looking for second-hand used phones voluntarily as they are cheaper. Even the iPhones and Android phones new models are very expensive to the ranges that iPhone X is $1000 as the starting range.

Apple iPhones in the recent few years show flat sales, while the used phones rate has increased. In the year 2018% it was closer to 22% sales in the used phones, deriving most sales from used and second-and Smartphone’s.

A new iPhone 32 GB 6S costs $449 and the same model used the phone is $221 and is available with a warranty of six-month.  It is found that there is a more enthusiastic audience looking for used Smartphone’s and it is expected to show ten times faster sales in another six months among Americans.

The consumer sentiment has shown an apparent shift to the premium phones older models that are functional and are available at half the price.

The phone market business is facing its uncertainty to some extent. Yet, it is found that the foot setting is strong with used phones and more people are inclined towards getting the devices that are a second-hand for a handy price. It seems tempting, and there is a calculation that this used phone business will gain a boom, it is a fabulous opportunity, make it your turn now to earn some profits.