﻿NAND flash memory capacity has become one of the most important considerations for consumers when buying a new smartphone. Advances in cameras, application processors (AP), and displays have stimulated increased storage requirements for video, image, and other multimedia applications. Thus, NAND capacity has shown significant growth in smartphones. According to Counterpoint''s latest report on smartphone memory, the average capacity of smartphone NAND flash memory in 2020 has exceeded the 100GB mark for the first time. 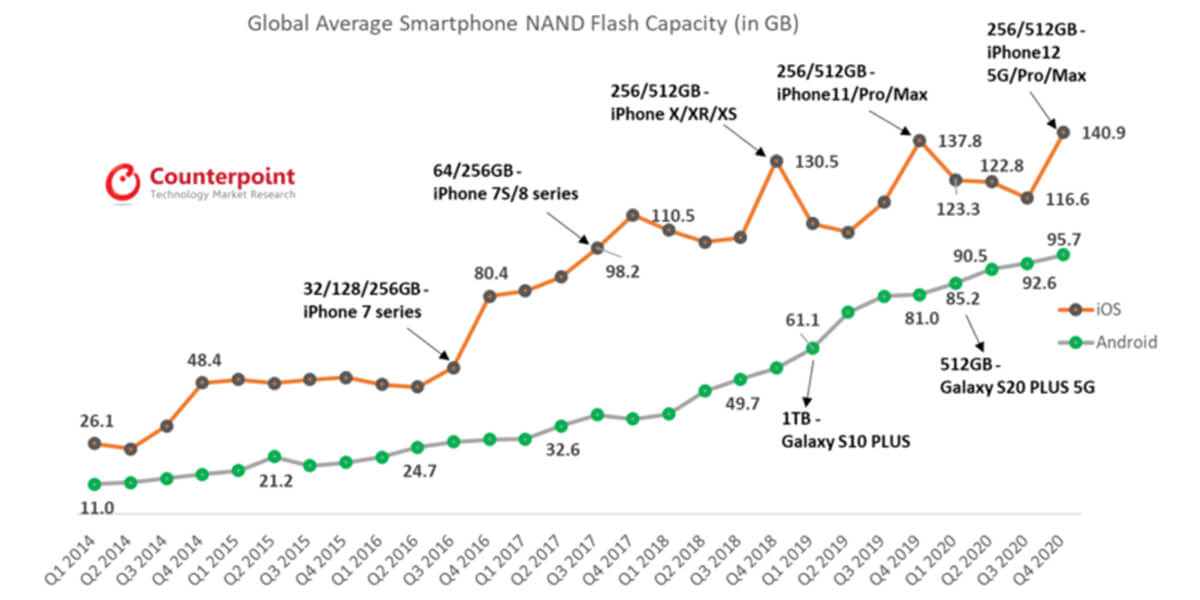 On the one hand, the data shows that Apple did not innovate in storage scale but chose to use the most extensive 512GB NAND, which is its highest storage capacity since 2018. On the other hand, Samsung, the largest Android OEM manufacturer, launched the Samsung Galaxy S10 Plus with 1TB NAND in 2019. All these led to iOS''s storage growth rate in 2020 being lower than Android''s.