﻿More than 20% of the smartphone sold in the world in the Q4 of 2021 were iPhone, according to a new report, as the Covid-19 and supply chain shortages affected all manufacturers. With 22% of all smartphone sales worldwide, Apple has surpassed Samsung''s 20% share as the world''s most popular vendor. Demand for the iPhone 13 has propelled Apple to the top spot after several quarters of second place, according to new data from research firm Canalys.

Canalys'' Sanyam Chaurasia said in a statement: "Apple is back at the top of the smartphone market after three quarters, driven by the strong performance of the iPhone 13."

"However, Apple was unable to meet demand for iPhones due to shortages of key components," Chaurasia reports. In priority markets, Apple maintained adequate lead times, but in other markets its customers had to wait to get their new iPhones ."

According to Nicole Peng, vice president of Canalys'' mobile business, the research firm predicts that "it will take several years for major foundries to ramp up chip capacity significantly." 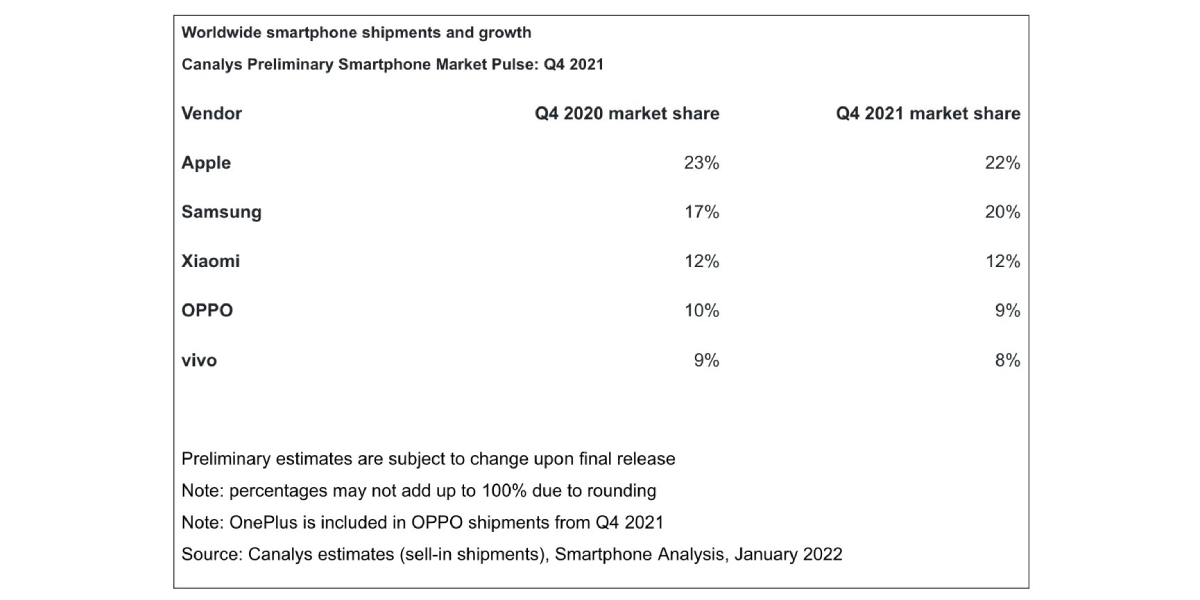 "Smartphone brands are already innovating to get the most out of their environment," Peng said, "adjusting device specifications based on existing materials, engaging with emerging chipmakers to secure new sources of ICs, focusing product lines on the most Top-selling models, and staggering new product launches. These practices give big brands an edge, and they will remain in the short term as bottlenecks won’t ease until the second half of 2022."