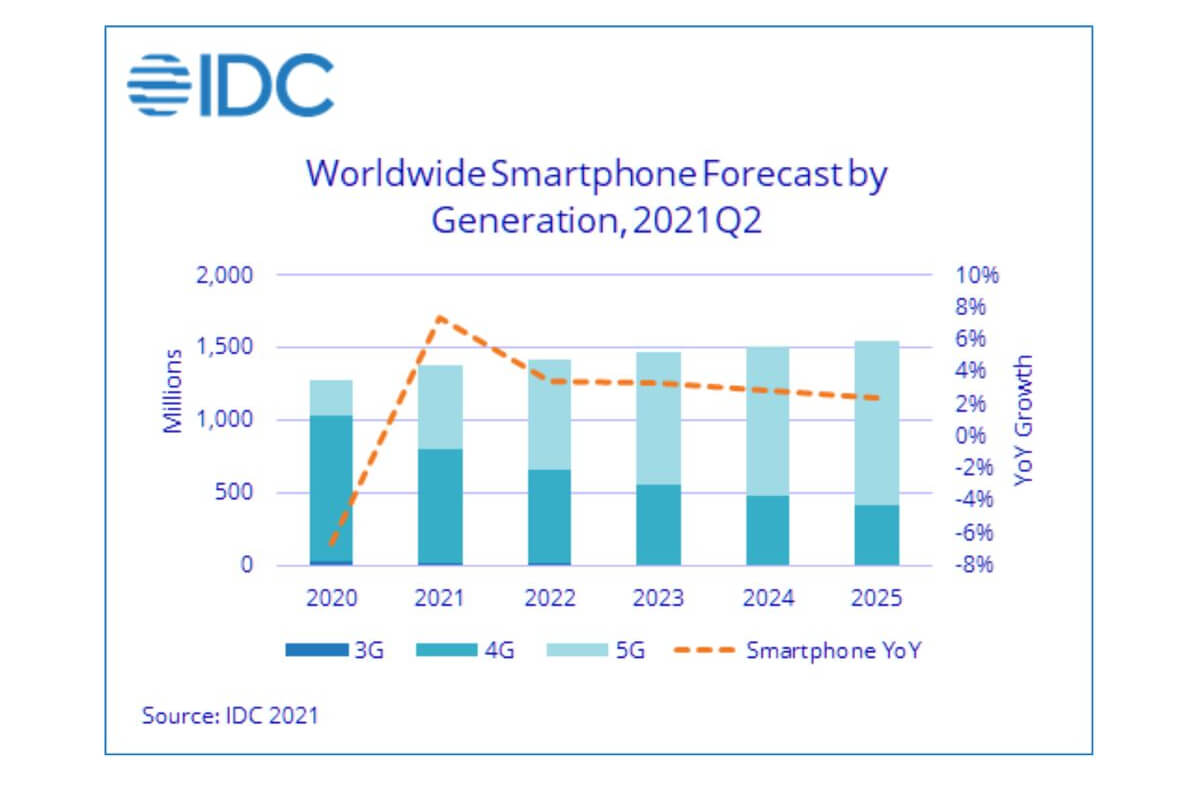 According to the IDC research report, the COVID-19 epidemic will still affect the growth of smartphone shipments in major markets, including the United States, China, and Western Europe. However, strong growth in India, Japan, the Middle East, and Africa has promoted the recovery of the smartphone industry.

Looking ahead, IDC predicts that 5G shipments will become the main driving force for industry growth in 2021. This is because smartphone manufacturers and retail channels are focusing on 5G devices, and their average selling price (ASP) is much higher than their 4G LTE counterparts.

IDC Research Director Anthony Scarsella said: "Despite the continuing problems surrounding the pandemic and Delta variants, consumers continue to upgrade to higher-end smartphones this year. High-end smartphones (priced at more than US$1,000) continued to grow in the second quarter, and the market segment increased by 116% compared to last year."